Kingaroy Police have estimated 7000 people attended BaconFest in Kingaroy at its busiest point on the weekend. “At its busiest, crowds were estimated to be around the 7000 mark with events starting early in the morning and finishing around midnight each night,” Officer-in-Charge of Kingaroy Police, Senior Sergeant David Tierney said. “There were no reported incidents requiring police attention with all in attendance behaving and having a great time. “Local police were happy with the behaviour with all patrons, especially as the event was held on the weekend of a full moon – or bacon moon. “Kingaroy Police would like to also congratulate the Baconeers (BaconFest committee) and their pig crew (volunteers) on such a well-planned and organised event, which no doubt led to it being incident-free. “Not only that, but their effort in raising much need funds to support Graham House Community Centre must also be recognised. “We look forward to welcoming BaconFest back to Kingaroy next year!” 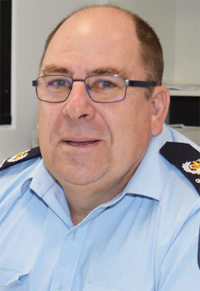